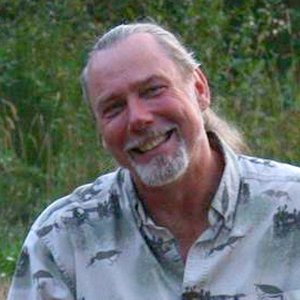 At an early age Shawn had obvious natural talents and was drawn to the arts. Before entering high school, he had decided to become an illustrator and tailored he education to meet that goal.
He studied for a year at The New School of Visual Concepts in Seattle Washington and then received a BFA in Illustration from Otis Parsons School of Art and Design in Los Angeles. He immediately hit the freelance road working with various clients. His early experiences included: Advertising Illustration • Animation Background Design and Character Layout • Book Cover & Interior Illustrations • Set Designs for TV Commercials.

In 1998, he decided to move back to Washington State to be closer to his family. He started his own design studio where he has continued to hone his skills and has built a growing list of satisfied clients. Clients include: Hewlett Packard, Infogrames, Interplay, Valuesoft, M&Ms Mars, McHale Design, The Learning Journey, Southbay International, Activision, Helix Group, Pelican Products, Computer User Magazine, Wallsdecor, Mattel, Stable Systems, Clean Hot Tubs and Pampered Wilderness.